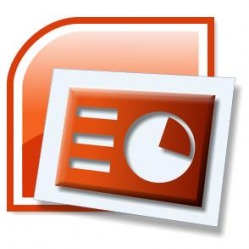 GIF stands for Graphics Interchange Format.  It is a type of file that holds an image. The file name will be followed by the three letter extention .gif (for example: name.gif, chair.gif, elephant.gif). A standard gif file is simply a static image, picture, drawing, photograph, etc. However, an animated gif is one that has motion: the image moves. Such items are all over the web; a lot of websites make use of animated gifs to draw the readers attention to a specifc part of the page or a particular feature. The image on the left is a typical animated gif.

While the animated gif on the left may not be very inspiring for use in a PowerPoint presentation for a particular learner there are animated gifs on just about every topic imaginable, many available for free. Just a few from the range of animals are shown below.

How can you get an animated gif on a particular theme or topic? You can:

-     create your own; there are number of animated gif creation software programs
-     purchase them. There are a number of websites that offer animated gifs.
-     sometimes buy CDs containing gifs from PC World and similar stores.
-     use ones that you find on the net!
Simply right click on the gif and a window will pop up.
Select the 'Save as' option.
Give the gif a meaningful name.
Save your gifs into a folder that you create to keep them.
TRY IT! Try it on one of the animated gifs above.

PowerPoint can be animated in two ways through the use of:

Thank you, your message has been sent

Click Symbol to move back to the top of the page 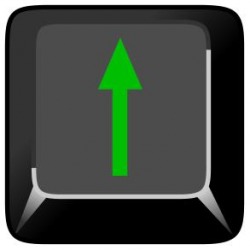 Sorry, this page is under construction.

Why not bookmark the page and return at a later date?