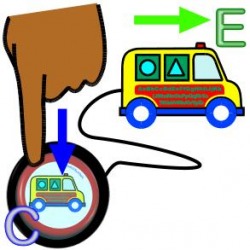 A cause is the reason something happens. An effect is that which happens as a result. If A causes B, we may or may not realise it depending on the circumstances and our level of understanding. We know that sunburn is the effect caused by staying out in the sun for too long without adequate protection. There must have been a point in history when mankind made this connection. At some point, someone must have made the connection between walking out in the sun without clothing and the sore sensation that followed. However, if our cognitive capacity is severely diminished then we may have great difficulty in making such a connection.

In order that we might make sense of the world we experience there are a number of developmental milestones that we must reach and pass. One of these is the concept of Cause and Effect.

Contiguousness is not synonymous with causality 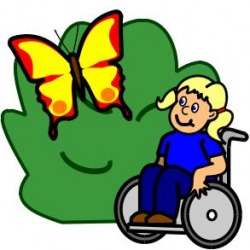 "Contiguousness is not synonymous with causality" What does that mean?

Put simply, it states that because B follows A it does not mean that A is the cause of B.

A butterfly is sitting on a flower on a bush and Sam appears to be looking at it. The butterfly moves its wings and Sam seems to smile. We naturally assume that Sam is cognisant of the butterfly and the motion of its wings and, it is this that is causing Sam's joy. However, that is not necessarily the case. Sam could be smiling at something else entirely, or at something that happens at the same time that the butterfly moves its wings. Sam could even be smiling in response to our smiles. Of course, Sam could be aware of the butterfly and be attracted to its movements but we cannot simply assume all of this. What evidence would be further proof of Sam's awareness?

-     everytime that the butterfly moves its wings Sam smiles;
-     the staff with Sam are not standing such that Sam can see them and the butterfly;
-     when the butterfly flies away, Sam stops smiling;
-     if another butterfly lands subsequently and Sam begins to smile once again.

Does it matter? Yes, it does! If we assume a cause and effect relationship, and we build further learning on such 'knowledge', then Sam may be confused. Our task will be the greater and there is a risk that we may make further 'assumptions of understanding' which will only serve to compound matters even further.

A  BIGmack is placed in the personal space of a Learner such that it controls a toy dog. The Learner activates the BIGmack. The dog moves and barks. Does the Learner understand that: 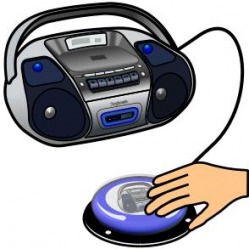 Activating a switch  to turn on another item does not, in and of itself, evidence cause and effect skills.

It is only if we can eliminate these other possibilities that we can can state that the Learner is making a connection and understands that his/her actions that are controlling some aspect of the enviroment. If we have previously established cause and effect cognition in a particular Learner than we are on safer ground in assuming the Learner is making a new link. However, the more evidence we can gather to establish beyond reasonable doubt that a Learner

Absence of evidence is not evidence of absence 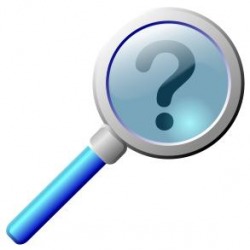 'Absence of evidence is not evidence of absence'. What does this mean?

put more simply, it asserts it cannot be assumed that a Learner's failure to respond to or perform any task  (absence of evidence) does not prove an incapacity or inabilty to do so (evidence of absence). If Sam is asked to identify an item in a picture by choosing from one of three real life objects and fails, it does not follow that Sam is incapable of doing it, or does not comprehend the item in question. There are other possible reasons for Sam's 'failure' in the task:

While we cannot prove a Learner does not understand or is incapable of performiing a speciifc task, it is possible to do the opposite: we can show that Sam DOES understand. That is a much more positive stance to take: rather than being negative regarding a specifc Learner skill, we are able to claim a positive position. How are we able to do this? Returning to our example of Sam's choice between three items. If Sam not only reponds but responds correctly and on more than one occasion then we can be more confident in stating that Sam is able to make an association between a picture and an object. Why only more confident? Why not totally confident? The reason for the hesitation is because there are other possible explanations for Sam's success:

-     it was by pure chance;
-     the 'correct response was always placed in Sam's 'preferred' position (Sam always goes for the item on the right);
-     staff were providing Sam with contextual cues (witttingly or unwittingly);
-     staff were interpreting Sam's responses and rationalising incorrect answers;
-     other.

If we were to construct the test so that these alternate explanations for Sam's behaviour were eliminated then we could state with some assurance that Sam is cognisant of a symbol/picture/object relationship.

Yes but we haven't got the time to do all of that! Actually, it saves time because to assume an understanding when no such understanding really exists is extermely frustratung for both staff and Learner and leads to an eventual breakdown in progress and much loss of time. Furthermore, 'all of that' does not actually take much time: it's more about the design of the test than having to make lots of differnt approaches. If the test design:

-     overcomes the 'pure chance' element;
-     eliminates the possibility of staff cueing;
-     does not always use preferred positioning;
-     prevents staff rationalisations.

then, if Sam responds and is correct, we are able to say 'Sam is cognisant of a symbol/picture/object relationship'. 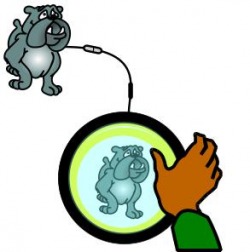 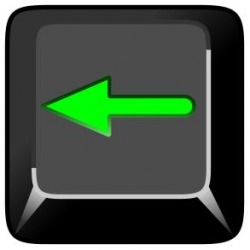